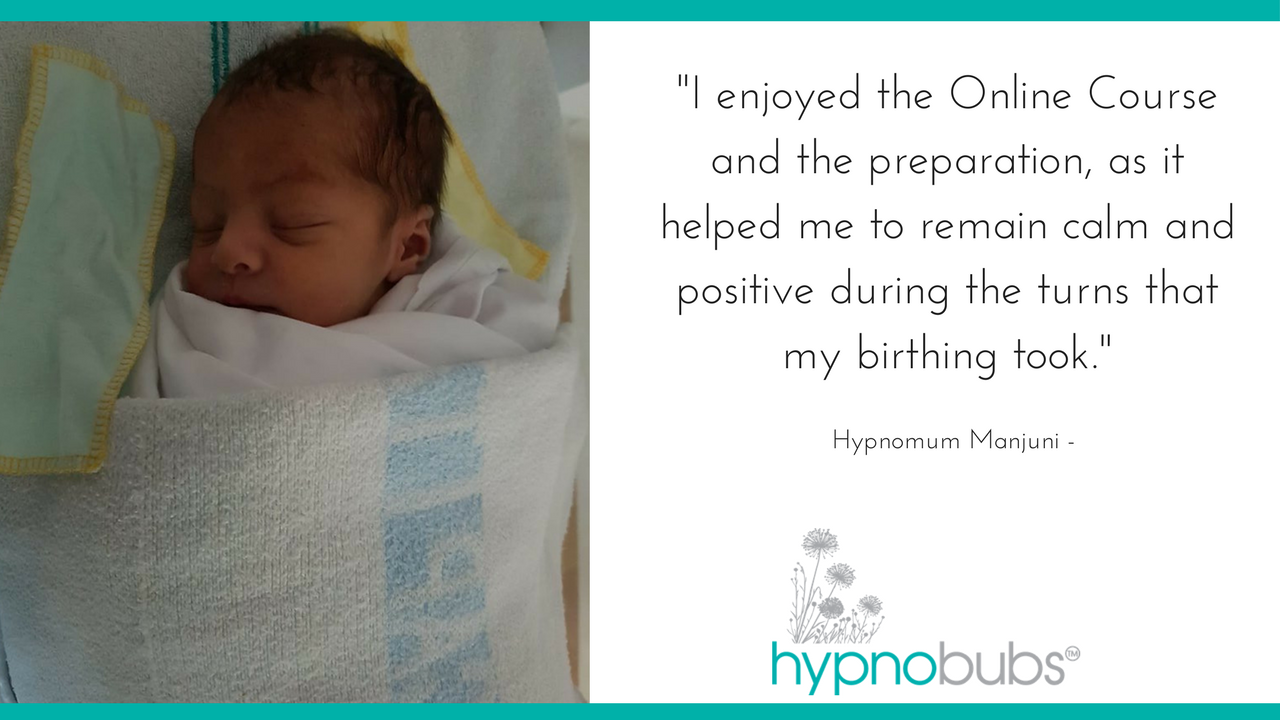 Hypnobub, Adeline was born via VBAC 54 hours after my membranes released spontaneously at home. 😊

This was my first time in labour. Hubby and I went to the hospital twice during the 40-hour long early labour. In hindsight, going back home asap would have progressed things. The hospital was stressful on the 2nd visit - midwife couldn't say what the spotting meant, constant fiddling with CTG and telemetry as the discs are not made for pregnant tummies! During one contraction, the CTG trace moved from baby's heartbeat to the cord - midwife freaked that the baby's heartbeat had dropped rapidly and called an emergency team. They gave me 2 courses of antibiotics due to membranes releasing 24 hours earlier - which I later found out was unnecessary. The ob registrar was negative about my having a VBAC as a VE revealed cervix was 1cm long and 2cm dilated (to me, this was progress!). She offered me a Caesarean.

In the morning, the ob consultant sent another registrar to tell me that he did not chemically induce VBACs (I had wanted to be induced as I was getting worried that it had been a while since my membranes had released), and my options were to wait, have an elective cs or go private with an ob who would induce with syntocinon.

I felt things were slowly progressing though irregular. We went home and rested as we'd both been up for a while. I listened to the "Baby Come Out!" track again. I felt the surges change, had radiating sensations in my lower back and thighs in addition to my pelvic area. Called the hospital and off we went again!

I had a 12-hour active labour. The dim lights, using LED candles, having my pillow and listening to relaxing sounds (ocean waves and soothing winds), music and hypnobirthing affirmations created a peaceful environment. Bub's trace was not working so I consented to a fetal scalp electrode (annoying as I could feel it and made it awkward to go to the toilet) and they kept a CTG disc on to monitor contractions. I agreed to a saline drip for fluids (to keep bubs hydrated) as I felt sick from drinking heaps of water. I was very happy when they took the drip away as being tied to it and the CTG machine was annoying. I had a VE around 11pm and ob registrar was negative about the fact that I had dilated 2cm in 4 hours and downplayed any positive aspects my midwife had told her.

Around 4am, my hypnobubs surge breathing was not helping me to manage the involuntary pushing I started feeling so I moved to kneel on the bed and asked for the gas - taking it in felt like more of a distraction and did not help in lessening the pressure I felt down there! I felt it was time for bubs to be born and to use the bearing down breathing technique but got confused when the midwife told me not to push. In hindsight, I think she wanted the ob registrar to confirm I was fully dilated.

Fast forward to 6am when the registrar did another VE and said I was fully dilated (she was more positive!). They wanted me to have the baby quickly so I was directed to push (I had wanted to breathe the baby out like the Hypnobubs online course, but followed the midwife's direction since I was worried about how long it had been since my membranes had released). This felt like an eternity but was only 30 minutes. I had given birth and felt great! I held bubs and then checked to see if we'd had a boy or girl. Girl! Hubby and the midwife were the only ones who had thought it was a girl  😊

Although there were a few deviations from my birth preferences, I was confident in my decisions. This included changing from a private ob to public antenatal care when at 40 weeks, he wanted me to book an elective cs to suit his schedule!

I am very happy that in the end, our baby girl was born in her own time at 41+2 weeks after an uncomplicated pregnancy. Thank you very much Melissa Spilsted for the online course. I enjoyed it and the preparation helped me to remain calm and positive during the turns that my birthing took.