There was our little miracle boy! 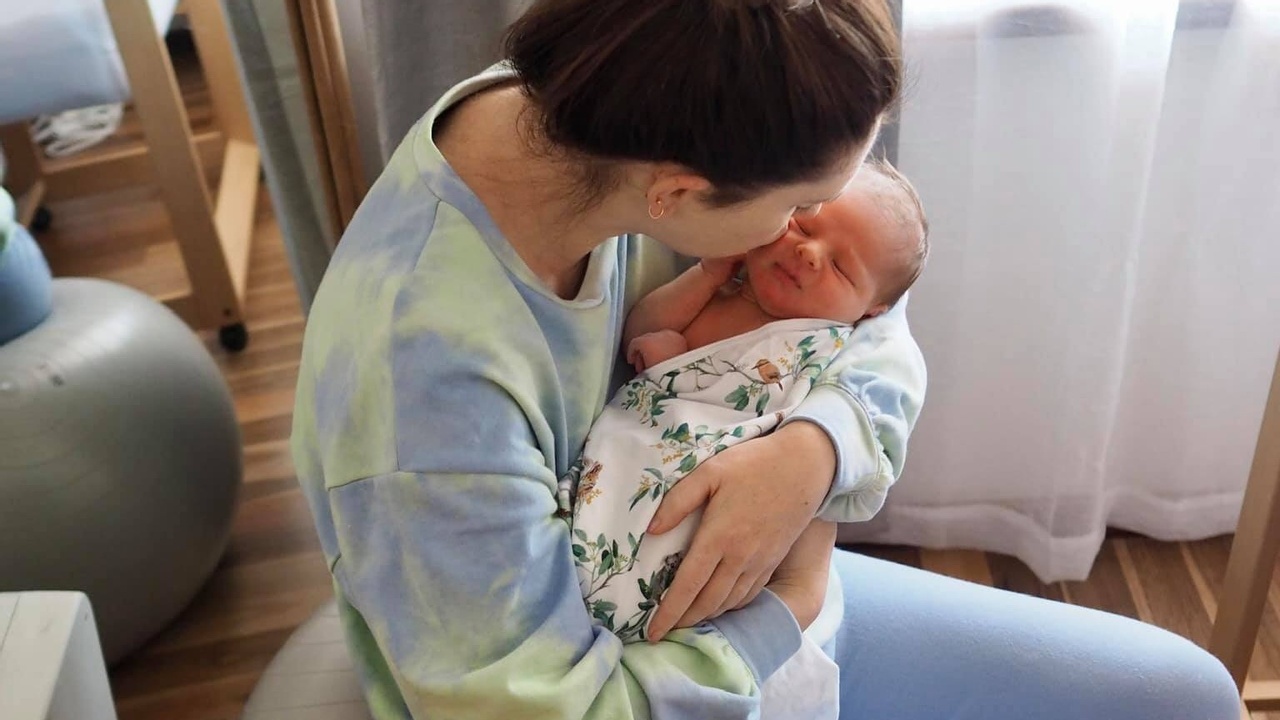 We had trouble conceiving and tried unsuccessfully naturally for 8 months before being referred to a fertility clinic due to my age (38 at that time). After an 18 month roller coaster of emotions and 4 attempts we fell pregnant via ICSI using a frozen embryo. The tears of pain suddenly turned to tears of joy after watching so many of our friends and family fall pregnant.
I wanted to try for a water birth at KEMH Family Birth Centre but I went into this birth not at all married to my birth preferences, and fortunately, this mindset assisted me all the way through. Nothing went as planned, but it didn’t really matter in the end, as my little one arrived safe and healthy

I woke up around 5am on Friday 21 May with period like cramps. I thought felt some contractions around 10 mins apart in bed. I had to drop hubby at work and on the way out the door around 6.30am I felt a sudden gush of liquid and ran upstairs to check. I suspected my waters broke in that moment but I changed and kept quiet and dropped hubby off as I didn’t want to alarm him. When I got back home I felt two more gushes, but I just changed and went back to sleep as the contractions were really mild.
At 10.30am hubby called to check on me and I came clean about what had happened earlier and told him I’d ring my midwife. She wasn’t available but said she would have someone else call to arrange to come to the hospital for a check up. I picked hubby up from work and I was checked at 1pm and confirmed my waters had broken. They explained this put me on a timeline due to infection risk, which I wasn’t really aware of prior. They felt me having very mild contractions while I was there. I went home and was told to monitor the contractions, and come in when I had 3 in 10 minutes and it was difficult to talk through them or once I had reached 18 hours from the time my waters broke (which was midnight) as I would need antibiotics.
I laboured at home but the contractions never really got past 4-6 minutes apart so weren’t that regular. It seemed that when I was fairly still and calm they spaced more assist and when I moved around they came closer together which confused me. I had hired a TENS machine but never actually used it, as I was managing the pain well through my hypnobirthing breathing techniques and listening to the affirmations and other tracks.
At 10.30pm we knew we would need to get ready to go to the hospital so we packed the hospital bags in the car and arrived at midnight and was given IV antibiotics. Having the cannula inserted in my hand seemed far more painful than the contractions!
The attending midwife said I would need further antibiotics 4 hours later but said there was a bed available and no point going home. I knew my hopes of a water birth were already dashed and by the 24-hour mark I was so physically exhausted I broke down in tears in my hubby’s arms.
We did the slow dance several times and the pain felt better standing up rather than lying down on the bed. I was still managing the pain fine through breathing, but the contractions were only 4 minutes apart. I asked to be checked and my cervix wasn’t even opened, so she opened it a centimetre. The attending midwife called my birth centre midwife and when she arrived at the 24-hour mark we were set on an induction and epidural at that stage as I was just so tired I needed some rest. I was checked again and was only 2cm.
I was moved to the labour and birthing suite but due to delays with the anaesthetist, I wasn’t able to be given the epidural until the 28 hour mark. My biggest fear throughout pregnancy was having the epidural needle, and all my fears came true - it was excruciatingly painful in my opinion and they couldn’t find the right spot at first so took longer than expected. I cried again. Once done then they started the induction drugs. I was so relieved by that point and went to sleep. Poor hubby hadn’t had any sleep either and he was exhausted as well.
When I was checked a few hours later I was only 4cm. After having a few good naps I felt somewhat refreshed and chatty and in good spirits. Human biology has always been an interest of mine so I was shooting off questions and getting to know my birth centre midwife more on a personal basis which was nice.
Another check about 4 hours later revealed I had only dilated to 5cm so nowhere near the 1cm per hour guide they told me to expect. I knew by that point I was heading in for a c section, but was totally fine with this as by that stage I was just super eager to meet my little babe. My birth centre midwife had to do a shift change and another birth centre midwife took over who was also really lovely. The doctor came in and explained everything about the c section and said she was available so should only be a 30 minute to 1 hour wait. Unfortunately, the hospital then had a spate of emergency c sections so it was 3 hours until I could go in. I just took the opportunity to nap again. Hubby still hadn’t slept at this point and was pretty delirious!
They topped up my epidural and I got the shakes really really bad, I couldn’t stop chattering my teeth and I was feeling very anxious about this, although I was told it was completely normal.
Once in the operating theatre we were chatting away to the staff and hubby got his second wind. I wasn’t even aware they had started operating and then I heard over the curtain “they’re almost here!” and I was like “wait, what?!! I’m not ready yet!!” It was so quick it took me by surprise. The curtain came down and there was our little miracle boy! He arrived at 10pm, approximately 42 hours after my waters broke. What a marathon journey!
I cannot thank all the staff at KEMH who supported us through this adventure, everyone was absolutely amazing and I hope to birth again at that hospital. The aftercare from the birth centre has also been amazing.
I felt that utilising the Hypnobubs techniques really helped me to remain calm and manage the pain really well and I’m glad I signed up to the course