It was all so beautiful and everything I had envisioned for my last birth. 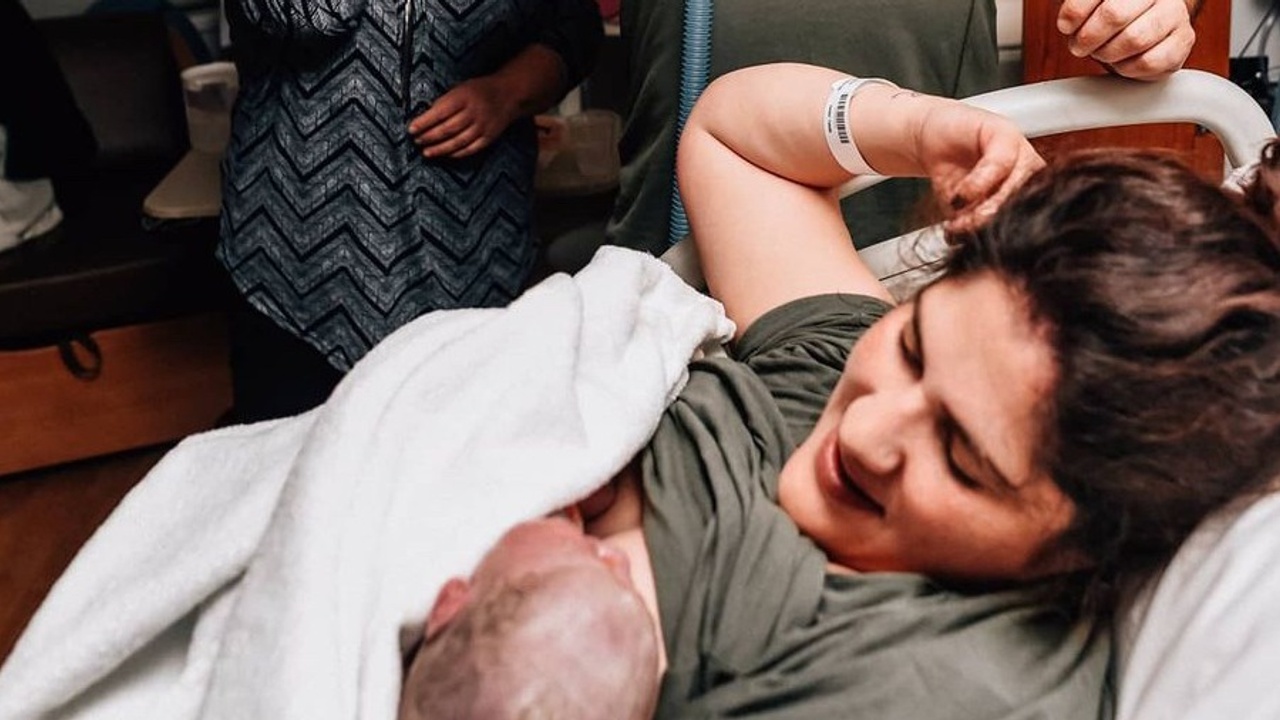 It all began last Saturday when I was induced (due to a few different reasons). I felt like I was having random on and off contractions all week and had a feeling I had started dilating.

I had the first set of gels at roughly 8.30-9.00pm, the midwife checked my cervix and could feel it hadn't dilated (so I was wrong thinking I had started dilating during the week)
After about an hour I started to get slight contractions. I couldn't sleep so I laid in bed and continued to watch the ranch while Roland got some zz.

As time went on it felt like the surges were getting stronger but I wasn't sure if it was all in my head or if it was really happening.

I didn't wake Roland up and walked around the room on my own for about an hour or so as the surges became quite full on. I decided it was time to wake Roland up, call my mum and @samirichardsonphotography

Roland woke up and got my @elletensaust machine from @blissbirth and placed the pads on my back, ready to to. I also go my @hypnobirthingaustralia meditations ready that I had purchased. I listened to them through my ear phones as I felt I could really zone out this way and block everything else out.

When in labour with Sierra I had to move around alot but with Orlando, I was happy to lie down and stay put. The only time I moved was at one point when I went over to the little birth alter I had set up and was looking at all the beads and affirmations I had received at my mother blessing. One read Myah, Sierra and Sascias strength is with you, and i began to weep. I then knew that things were moving along fast.

As I lied down, I got Roland to get me a wet cloth and I placed it over my eyes. This really helped the process to shut off everything and focus on getting through each surge.
With the next surge I felt my waters break and started screaming out "he's coming, call Ray, the baby is coming". I don't think anyone really believed me because it was all happening so fast. I knew Orlando was about to be born.

They called my OB Ray Ray who was there in a jiffy. By now I was really roaring and moaning, and couldn't help but push. I had absolutely no control over my body and the things it was doing. It was all natural and automatic.

At 5.32am on the 16th May, I pushed out my beautiful baby boy.
He was placed straight onto my chest and we spend the next hour and a half together, bonding and undisturbed.

It was all so beautiful and everything I had invisioned for my last birth. Although birth is so so bloody hard at the time, it is the most magnificent moment.

I was determined to have a natural water birth
natural birth water birth
Nov 30, 2021
It really changed our point of view and helped us both feel empowered.
acupunture affirmations birth plan rainbow mist self-hypnosis vaginal birth
Oct 26, 2021
We didn't feel any fear leading up to birth and I was able to go with the flow of each turn my birthing journey took
affirmations clary sage led candles pre-eclampsa tearing
Oct 13, 2021
Close