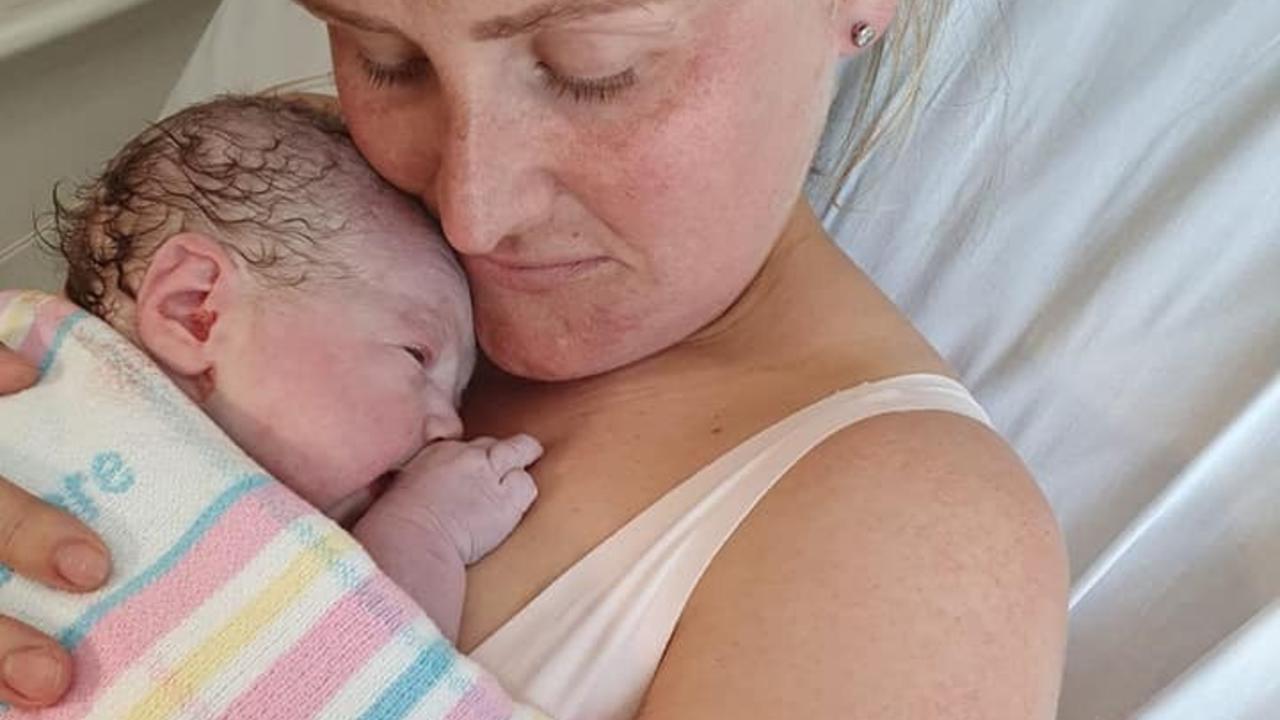 👨‍👩‍👧‍👦STM
♀️ Girl
📅40+12
📊 Planned positive induction (due date related)
🕝 hours from 1st contraction (start of drip) to birth - 2 hours 25 minutes
🏨 Midwifery group at public hospital
💊 No pain medication during labour, vrs give me ALL THE DRUGS for the after pains😂
⚖ 3.35
⚠️ episiotomy, vacuum, contraction, step B positive, coached pushing.

I did the Hypnobubs course with my first labour 2 years ago. I found it so good, it really prepared me for my birth so I used the same tools for this birth. My 1st labour I arrived to the hospital 10cm dilated and I was so calm throughout, even though it ended up with an episeotomy and vaccum (My son was too chilled in there and after 3 hours of pushing he wasn't moving) this course really helped to keep me calm and I still think it was such a positive birth💙

39+5 I had a sweep and was told I was 2cm dilated but my cervix was still long. The midwife said its very common for a second time mother's cervix to never fully close. It wasn't sore and I bearly felt her to be honest. I had no cramps or bleeding after. I left that appt super excited thinking labour would be soon, its so hard not to get excited! I lost bits of my mucus plug every morning for the next couple of days. 40+2 I had my 2nd sweep. 40+5 I had my 3rd sweep and was booked in for an induction the following week (40+12 as thats protocal in Australia). I did have a wobble and cry that afternoon thinking of the deadline to go into labour spontaneously. 40+8 I had my 4th sweep and cervix was a stretchy 2 so was advised they could break my waters on induction day & play it by ear weather they needed to do the drip. It was actully a relief to have a plan and a date in my head. I stopped thinking every day "today could be the day" and looked forward to my induction date. Its all about mindset and I was determined to stay positive 🙌.

Started having very mild contractions at 2am the morning of my induction, super short and only every hour. Called the midwife at 6am just to double check I should come in at 7:30 for the induction and she advised it was up to us. I had already decided today was the day I was going to meet my baby girl, so off we went.

When we arrived at the hospital we were brought straight to our birth suite. As protocal, I was hooked up to the CTG machine to monitor baby for 30 minutes before starting. I was given the Antibiotics for Step B at this stage. Once the midwives were happy they broke my waters at 9am. I was a stretchy 3cm but still slightly posterior. They gave me 30 minutes to see if the contractions started but nothing really changed so we started the drip at 9:30. I was able to move about with the portable CTG and drip stand so I was very happy, I just swayed from side to side against the elevated bed. The first few contractions were OK but soon after they became very intense and pretty much back to back with no break. The midwife decided to put a clip on babys head to keep an eye on her heart beat as I kept moving the monitors when I was swaying. When she placed the clip on at about 10:30 I was 4cm. The midwife said shed let me progress and check on me again about 12.

I got off the bed and tried to go back to my swaying but I was loosing complete control of my legs. I asked to lower the bed and I rocked on the ball with my head burried in a pillow breathing deeply through each contraction. My hubby started doing light touch massage (I honestly didn't think hed even remembered anything from the course and I was a complete sceptic about this technique) inbetween contractions and OMG that felt amazing!!!!! I had a few intense contractions then and I remember thinking HOLY CRAP Im never going to last till 12 with this intensity. I could feel my body and face tense up. I had to tell myself at this to just "let go and give in" to my contractions, I just flopped myself over the bed and tried to zone out. After about 4 contractions in this frame of mind there was a minute break during the contraction and I thought to myself "aw noooo" the drip has stopped working and shes going to need to turn it up. Well I was wrong and this was my calm before the storm of transition. The next contraction my breathing completely changed to quick in and and an involuntary bearing/breathing down. I was still in denial it was happening that quickly and was thinking just go with it coz it felt good to breath this way.

I then asked the midwife if I could get in the shower thinking the water would be nice running on my back and I had hours still to go. As she was walking to the bathroom I let out the biggest grunt and my body involuntary started to push. The contraction had no let up and lasted for what felt like an hour, my body was pushing her out. The midwife ran over and hubby had to lift me onto the bed as I had zero energy. I got on all fours over the back of the bed, quick breath in and pushing involuntarily. It completely took me over, I had zero control & it was such a relief to push. I did a poo, lovely! About an hour after being told I was 4cm I was 10cm and involuntary pushing, crazy!!

Babies heart rate started to drop because she was coming so fast. So the midwife had me turn over on my back and coached pushed me to get baby out ASAP. Me and hubby laugh at this part, he was high as a kite on adrenaline and also terrified looking at the babies heart rate drop and said in my ear about 10 times "breath" and I barked at him "your the one that needs to breath". The midwife told me the scar tissue from my previous episomity was stopping her head from coming, as it was quite tuff skin, so I agreed to another episomity. I said "do it and get her out" to which she replied "you can get her out yourself in the next push" I remember getting the episomity and thinking do I push now, what's happening and asking whats going on. One big long push and her head was out, I reached down and touched it (what motivation) the next push at 11:53am I felt her body wriggled out and onto my chest. Id say I actively pushed for about 10 minutes max and she was out.

I had a managed 3rd stage, after delayed cord clamping. I had local anesthetic for the episomity repair. My legs were shaking and I found it hard to relax during this, I just wanted it over so I could sit up and feed her. Once that was done we stayed there for 3 hours of uninterrupted skin to skin before any weighing/ immunizations/ showers etc just cuddling, listening to our labour playlist, eating sandwiches and drinking tea and just so happy/ shocked it all happened so quickly and she was actully here!

Even though it was alot more intense than I expected, it was alot shorter and all in all a super positive induction.

I think the after pains were the worst part. Here you are, after everything you go through during labour, only to have after pains, that dont peak and then die off, they just go oooonnnnnn. I asked for all the drugs going and vomited at one point with the pain. I definitely used my up breathing to get through these.

Best of luck to any mammies going for an induction, Its definitely intense but Id choose it over my 1st 22 hour, slow and steady spontaneous labour any day💟💟.