I honestly could not believe what had just happened. It felt like I had the most amazing experience. 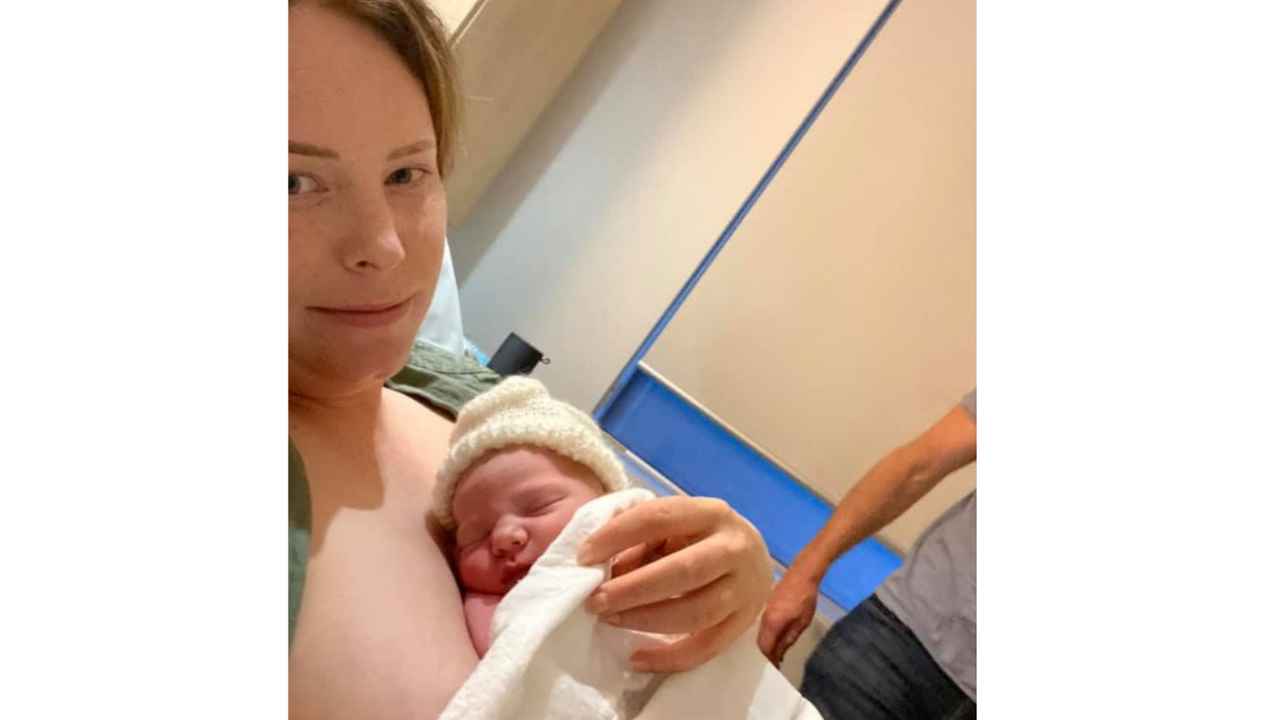 Hi guys!
Positive birth story:
We welcomed Adeline into the world at 311pm on the 20th Jan. 6 hours labouring all up. 37+1 weeks and 6.6 pounds.
I was in bed at 615am in the morning and ruptured my membranes spontaneously. My husband was out on a bike ride at the time so I called him to come home. I only had slight period-like discomfort at the time. I went back to bed for an hour with my tens machine on. I spoke with my OBGYN who came to the house on the way to work at 745. Everything was fine, but she wanted me to go to the hospital at 900am to have the monitoring put on and check things out.
At 900 I started having some tightening which I assumed were contractions and we started making our way to the hospital. At 945 the midwife told me I was in established labour and I wouldn’t be going home. Everything was very bearable at the time and my breathing was all I needed to get through surges that were 3 mins apart.
At 1130 we were transferred to a birthing suite. A registrar came in and wanted to do a vaginal, but my midwife told her that we didn’t need to yet which was great.
My OB came at 1230. At this point the surges were becoming uncomfortable. My husband put on the relaxation tracks, was amazing doing anchor touches and reminding me to breath and relax. The atmosphere was very calm. She did a vaginal and I was 3cm.
I was a bit disheartened at the time, but she assured me that the cervix was ‘paper thin’ and the hard work was done. She offered me pain relief at this point, but my midwife told me that honestly she didn’t think I needed it as I felt under control. So I trusted her.
I got into the bath at 1pm, which I found amazing. Continued breathing through and my husband poured water over me during surges.
At 2pm I spontaneously started bearing down. The midwife got me out of the bath and said she could see the head. I got on the bed on all fours with the back of the end upright and started really concentrating as the surges became intense. It took me 2-3 surges for me to ‘breath down’ effectively, as the midwife told me I was tensing a bit and holding back. The next surge was effective and 6-7 more surges she was out.
At 311pm the same day I was holding her in my arms. I honestly could not believe what had just happened and it felt like I had the most amazing experience almost immediately.
The Hypnobubs course transformed me from being absolutely terrified about the birthing process, to feeling empowered, knowledgeable and actually excited. I particularly found the birth affirmations amazing, as they automatically came to me when I needed them. Also, the relaxation tracks playing in the background worked amazingly well (we had some relaxing jazz playing during the 1st and 2nd stages).
We did the online course and had an amazing one on one session with our local provider Sarah, just two days prior to the delivery.
Tamika