As a FTM, I had no idea what to expect with the surges, but it was much easier than I expected 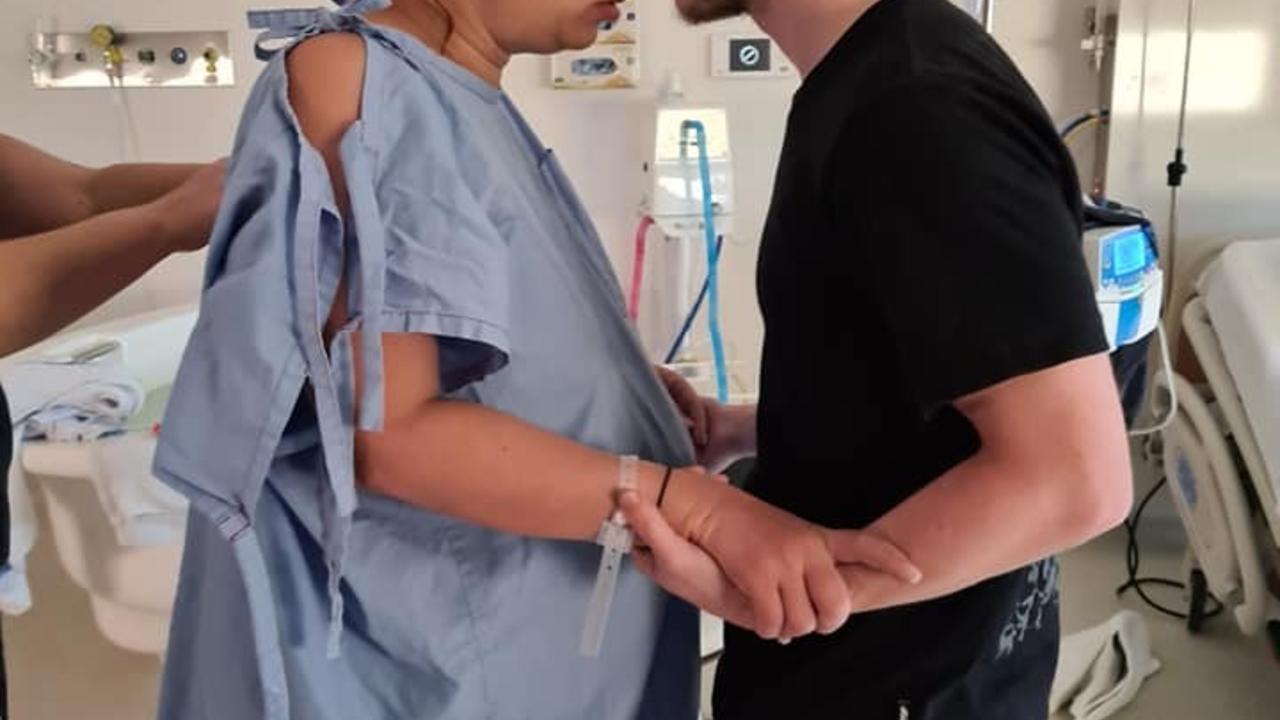 We had planned (or more so hoped) for a natural drug free birth. Our doctor had been trying to get us to induce at 39 weeks due to bub measuring in the 99th percentile at 36 week scans. We refused and tried to push on for a natural birth. Our hospital allows us to go through till 10 days past due, so we thought we had plenty of time to try and get bubs to come on his own. From 38 weeks, we tried everything to get him moving along, nothing worked.

At our 41 week midwife appointment, as a last ditch effort, we tried an S&S, my cervix was so closed that it couldn't even be attempted, I was told my external cervix was at about 1cm dilated. So at this stage, we were booked in to start the induction process at 9 days over due. The plan was to go in over night, attempt the gel and if that didn't work, waters to be released the next morning and then the drip started after.
I was still very positive that maybe I would go into labor naturally, over the next 2 days, it just didn't happen, so off to hospital we went.

When we checked in to hospital, on Thursday afternoon, I was 1cm dilated, they tried the gel twice overnight, and by morning I still have had no contractions, and a quick check of my cervix showed that I was 2cm dilated, so enough to release my waters. The doctors released my waters, and despite me wanting to wait a little before the drop to see if labour would start naturally, the doctors wouldn't allow it. So the drip went in around 9am.

The surges came hard and fast, but I easily breathed through them, the midwives didn't realize I was even contracting as I just breathed and allow myself to ride the surges. As a FTM, I had no idea what to expect with the surges, but it was much easier than I expected. My partner was amazing and we swayed through some, joked in between surges and just had a great time. By 2pm, the nurses checked my cervix again and I was at 3cm, the midwives warned that I may be in it for the long haul and suggested I take some sort of pain relief to help mentally get through the long drag (I had no sleep the night before from being checked out constantly by the nurses), I started on the gas which worked really well with breathing through the surges, although it did make me feel a bit light headed (the feeling you get when you're one drink away from vomiting 🙈). At 4pm, I was just exhausted, the surges where bearable but it was just the pure exhaustion my body was feeling, so we requested an epidural to allow me a few hours sleep and hopefully time for my body to dilate more. The epidural went in and I had a few hour's sleep, at 7pm, the nurses checked my cervix again, I was still at 3cm.

I hadn't realized at this stage, but bub was also showing signs of distress from the long induction; a few doctors came in and next thing I was being told, 'We're sorry, but you need an emergency cesarean section.' With our hypnobirthing training and having listened to all the affirmations a million times a day, I calmly accepted this (unlike me at all, I'm a natural control freak) and was just excited that we would be meeting our son shortly.

We were wheeled into the surgical ward at 9pm, however, once again fate had other ideas for us, as we go excited and planned to meet our son (our midwife even wrote 7th August on his paperwork), the poor lady in front of us had complications; so we ended up waiting until 2.30am to be wheeled into the surgical room. During this time, the process of the long induction had started catching up with me and I had developed a fever, which meant a flurry of activities to try and get my temperature down and pump me full of antibiotics while carefully watching to make sure bub was fine.
The rest was surprisingly easy; we were wheeled in to at 2.30am, bub was born 20minutes later and we were wheeled out not long after.

My cesarean section recovery has been easy, I barely needed pain medication (turning them down while in hospital much to the nurses and doctors surprise).
I have since heard so much feedback from my midwives who said everyone who came through my room while I was laboring was immensely impressed at how I went through it all calmly and quietly. The anesthesiologist even jokingly asked the midwives if they were sure I didn't already have an epidural before he put one in 😂😂
Even though this labour went completely different to how I hoped and imagined, The end goal was still the same, a healthy beautiful baby in my arms 💙💙