I was bearing down and I started to do what I felt was right and when I needed to push. 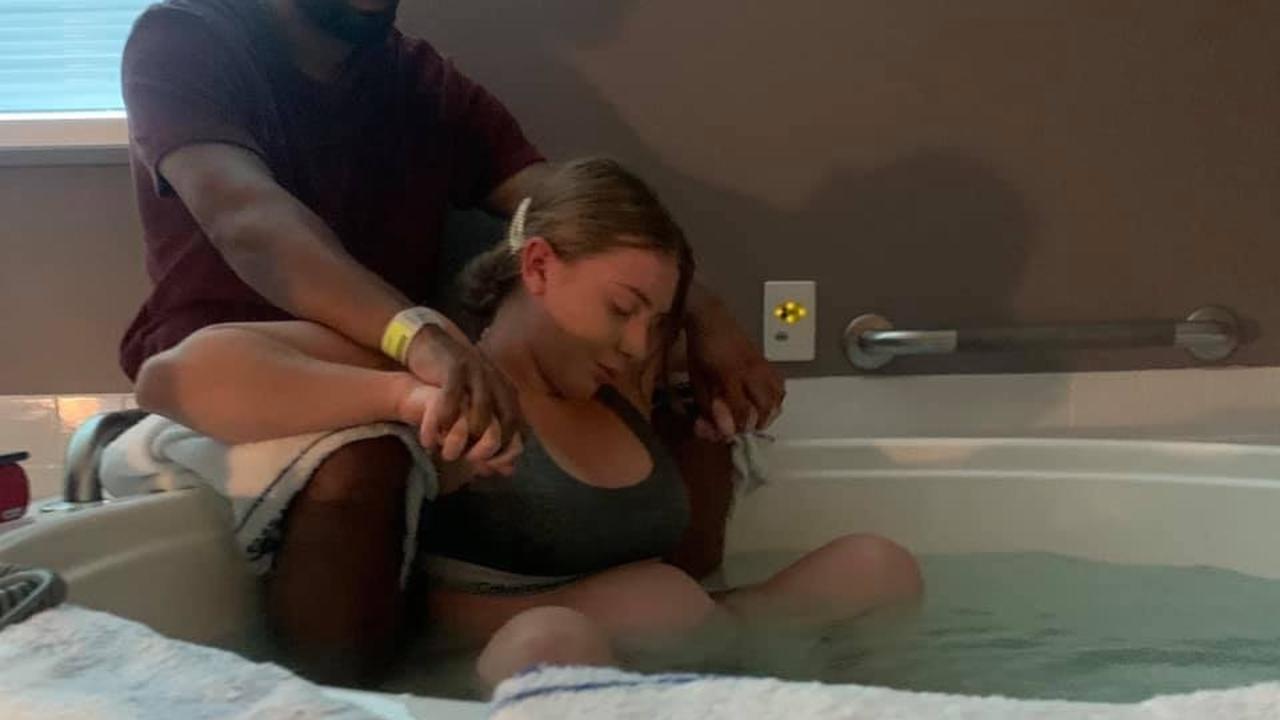 I had a stretch and sweep performed by my midwife on Tuesday (day before he was born at 41+3). As expected, I was experiencing some period type dull cramps that entire day. By 11pm I was feeling something a lot stronger. They were about 2 minutes apart but nothing too intense. I called my midwife and she said considering I am still able to talk through them she would like me to wait until they are a lot more intense. During these early labour surges I felt as though I needed to poop and vomit and the same time so I spent most of my time on the toilet. I ended up going back to bed around 3am and that’s when my surges completely slowed down to an inconsistent 7-12 minutes apart lasting about 45 seconds which allowed me to rest until about 5.30am.

I continued to labour leaning over the birth ball with my partner pressing down on my tailbone area. My surges started to become more consistent and way more intense by 8.30am and I could no longer talk during the surges.

We met the midwife at the hospital around 9.30am. They had the birthing suite all set up for me with mood lighting and calming music. We played the hypnobirthing affirmations which allowed me to remain calm in between each surge. After about 45 minutes of walking around and labouring, I hoped into the bath.

In the bath, my partner was running ice chips all over my upper body and I squeezed them in my palm to distract my mind. By 11.45am my breathing automatically changed and I was bearing down and I started to do what
I felt was right and when I needed to push. He was born at exactly 12.30pm so a total of 4 hours from the active labour stage. During my entire labour i did not receive any vaginal exams as my midwife could tell I was progressing well.

After he was born, we started breastfeeding and my placenta was birthed with one surge half an hour later with no intervention.

We have all been doing super well and I didn’t think I could love something so much 😍
Kyrie is so calm and chill. 🤍