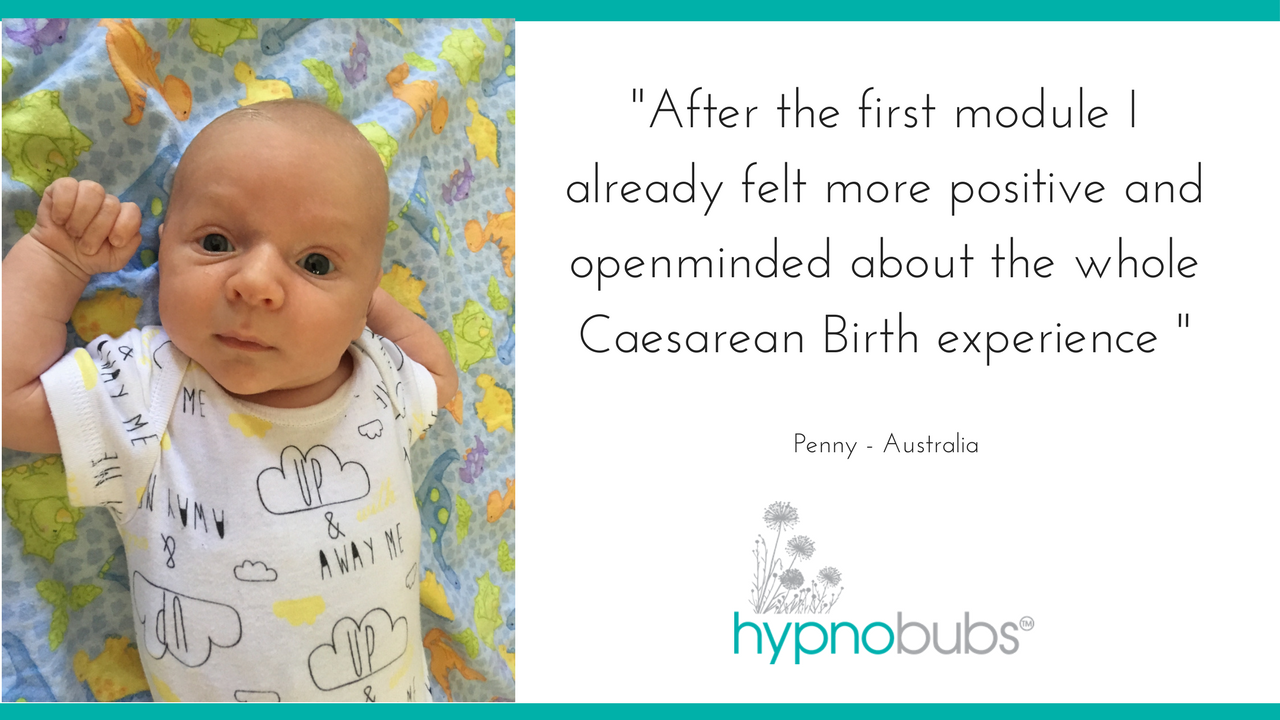 My first baby was born 5 weeks early by emergency caesarean. I had antenatal classes booked in for the following weekend so wasn't prepared at all for the birth, nor had I even considered that I might have a cesarean. I had no idea what a caesarean entailed and didn't have time to do any research before I was wheeled into the operating theatre. It was a very traumatic experience for me which I believe impacted greatly on being able to bond with my daughter. I swore I would never have a caesarean again.

A VBAC was offered for my second pregnancy but after much consideration my partner and I decided the safest option for our second baby was by planned caesarean. A friend suggested calm birthing so I did some research and found Melissa’s online Positive Caesarean Course.

After the first module I already felt more positive and openminded about the whole experience.

The course changed my mindset from focusing on my fear of the surgery to meeting my baby and holding him in my arms for the first time. I repeated the positive affirmations daily which helped to change my mindset.

The caesarean went a hundred times better than what I could’ve ever imagined, I can’t believe just how calm and relaxed I was.

The actual operation didn’t phase me at all. My partner even commented that I was smiling when he came into the operating theatre and I was much calmer than last time.

It was a couple of hours wait before I went into surgery but I wasn't nervous at all, more excited that later that day I would have a baby!

I listened to the positive affirmations track while waiting to go into surgery and then butterfly garden to block out distractions while the doctors were prepping me. The next thing I knew my baby boy was out and I could not stop smiling.

The fear release track helped me to let go of my fear of the surgery and the thought of all the pushing and pulling which freaked me out last time.

A couple of weeks on, I can only think of positive thoughts about this birth, where as last time I was still thinking about the surgery and replaying over and over in my mind the whole unpleasant experience.

I can’t thank Melissa enough for giving me the opportunity to release my fears so I could focus on the most important thing – the joy of meeting my baby.

I have already recommended the Hypnobubs Positive Cesarean Online Course to a couple of pregnant friends and will definitely be using the tools for my next baby.

"I kept listening to my tracks, had all the lights low and still tried to breathe baby down".
epidural naturalbirth
Aug 05, 2020
"I trusted my body to do what it needed to do"
emergencycesarean onlinecourse
Aug 05, 2020
"We continued to equip ourselves with knowledge and tools to navigate safely"
onlinecourse vbac
Aug 05, 2020
Close