It feels like it will go on forever, but know that you are making progress and it is all temporary! 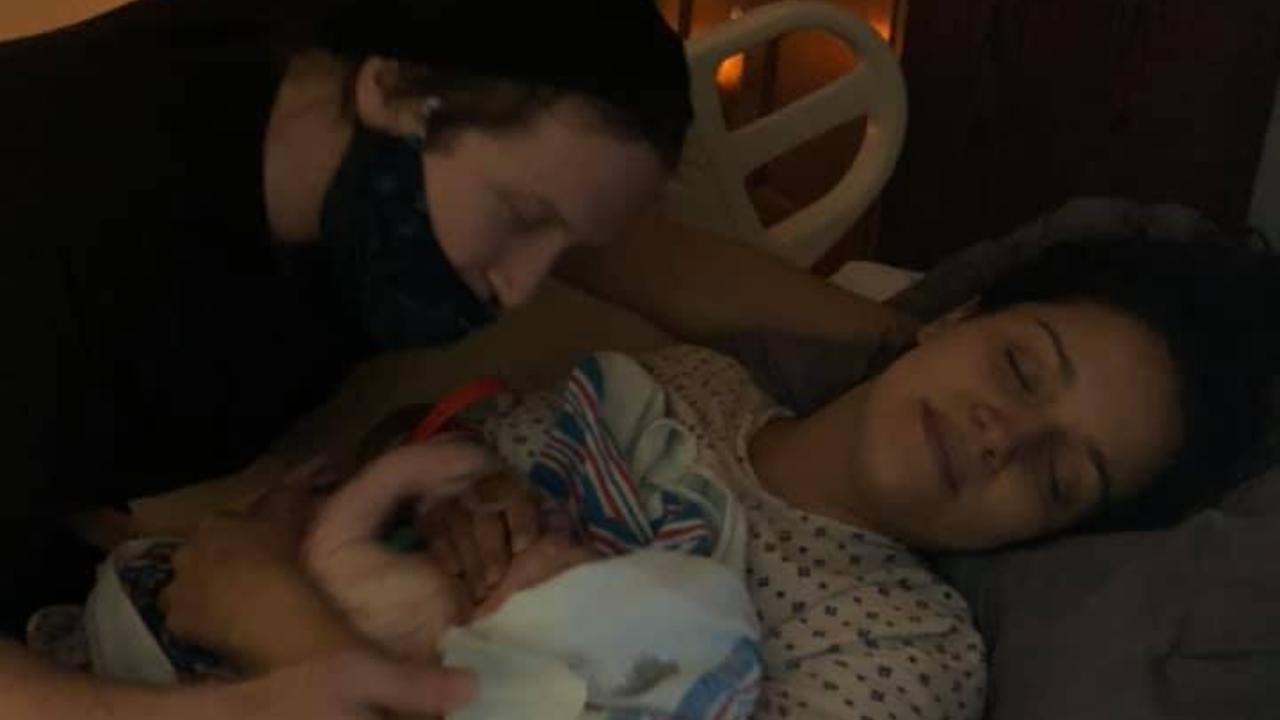 37+5 days
On 9/1/20, I woke up around 5am with some water leakage. Since I came up Strep B positive, my doctor told me I would need to go to the hospital right away if my membranes released, due to an increase in infection if I waited. I wrote in the hypnobubs fb group at that time for some advice, so thank you to everyone who responded with suggestions! You guys were very helpful and supportive. ❤️

I decided to go to doctor’s office to get checked, but he wasn’t able to confirm whether or not it was my membranes, so he told me I could go home and monitor. I continued to leak small drips for the rest of the day. On 9/2/20, I woke up at 4am to a gush of water running down my legs. Even though I would have preferred to stay home and labor, I knew I needed to go to the hospital because of the increased risk but I was prepared to accept whatever path my birth took. I went to hospital around 8am with my husband and doula. At that time, I was only having small surges so my doctor recommended an induction. I declined and decided to try to wait for a bit to see if active labor would start.

The surges came on in the next few hours but they were not continuous or steady. A midwife from the hospital came in and checked me around 4pm but I was only 1cm dilated. She recommended again that they start me on Pitocin but I decided to wait a little more at that time. The midwife was understanding and respected my birth plan but told me the potential risks of waiting too long (increase chance of infection that could lead to c-section).

Around 9pm the admitting doctor on the labor and delivery unit came in. He was very old school and by the book. He totally did not have respect for my birth plan and tried to tell me what we would be doing. He wanted to start me on Pitocin right away and said I would probably need an epidural once I got very uncomfortable, so he would send in anthestiologist! Oh and maybe I would need a c-section. My husband spoke up at that point and said we are not making any decisions until we speak to our doctor. He told the nurse to get our doctor on the phone.

Shortly after, our doctor came to the hospital and recommended again that we start Pitcoin, but was respectful that we didn’t want an epidural unless medically necessary. He also confirmed that he would come back to deliver so we didn’t have to worry about the admitting doctor doing it. I received Pitocin around 9pm and labor started picking up quickly.

From 9pm to 1am I went from 1 cm to 9cm! When I hit the transition phase, I did ask my husband and doula for an epidural. I just thought, if I’m not moving along then I wouldn’t be able to endure this for another 12-24 hours. At that point it had already been 20 hours of labor and I had only gotten 3 hours of sleep the night before so I was completely exhausted. A resident doctor came in at that time and confirmed I was 9cm dilated, which gave me the boost in confidence and energy that I needed to keep going without an epidural.

Shortly after, I was fully dilated, I naturally started breathing bearing down. I pushed for about 2 1/2 hours and on 9/3/20 at 5:10am our little girl was born. No tearing and I got to have the natural, unmedicated, vaginal birth we had planned for. 🙏🙌

Hypnobirthing definitely helped us stick to the birth plan but at one point I needed to dig deep and rely on other tools and practices I’ve had for many years, as well as my connection to a higher power. I used mantras for music, in which the repetitive words helped my mind stay focused. My husband did the breathing with me while bearing down, which helped tremendously!

Some advice I have after my experience: Stay home as long as you can, of course given your circumstances, get as much sleep as you can early on, eat snacks early on and hydrate, know that the more intense it gets, the closer you are to meeting your baby, try many different types of positions and surrender to your body, trust that your body knows the way to move to help you through the more intense surges and bearing down, and when bearing down, be open to changing your breath and making whatever noises help you push through. For me, it was like a marathon. It feels like it will go on forever, but know that you are making progress and it is all temporary!

FTM, accidental home birth.
2nd degree tear homebirth naturalbirth
Nov 25, 2020
I was able to keep my head thanks to all the techniques I learned despite the hectic circumstances .
episiotomy vbac
Nov 18, 2020
The breathing definitely got me through but also the positive mind training
2nd baby hypnobirthing online course natural birth
Nov 09, 2020
Close